Launched in 2018, the IHMA awards are held to recognise and celebrate the contributions Harbour Masters make to ensuring safe, secure and efficient ports around the world. Nominations are now open. The IHMA 2022 Awards presentation will take place at the IHMA Gala Dinner on 29 June 2022.

The awards will be judged in three categories:

This award will be made to an individual, port or company for their contribution to port efficiency, safety and security.

The criteria used to judge the submissions will include:

The following information must be included to support the nomination: 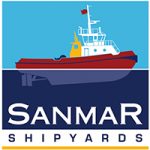 Outstanding Individual Achievement in the Profession of Harbour Master

Awarded to a Harbour Master that has been one or more of the following: a stand-out candidate in raising the profile of HM’s; a driving force within his/her port, country or community; a leader of key initiatives that bring about positive changes and benefits for his/her port or industry. The award is open to present members, non-members and retired HMs. The candidates can be nominated by their port/company or by IHMA members.

The criteria used to decide the recipient of this award will include an assessment of:

The following information must be included to support the nomination:

Port Operations Photograph of the Year

The winning photograph will:

Photographs should be submitted in the form of a high resolution jpeg image, and should be accompanied by a short explanation (150 words maximum) providing some background to the photo – i.e. when and where it was taken, and the message it conveys.